This is a sign that you may be intelligent and creative 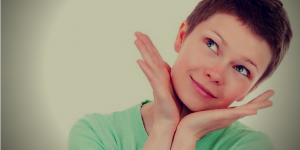 How focused are you during meetings, in conversations or when you’re trying to work? I used to have a colleague who was always doodling in the margins of his notepad during client meetings. I remember telling him off on multiple occasions – what if clients should notice that he wasn’t concentrating on their problems and issues?

However, new research suggests that mind wandering may not be an entirely bad thing. A team of researchers from the Georgia Institute of Technology has found evidence that daydreaming could actually be a sign of higher levels of both intelligence and creativity.

The investigators led by Christine Godwin measured the brain activity of over 100 people using functional magnetic resonance imaging (fMRI) equipment. Participants were told to focus their gaze on a stationary point for five minutes while their brains were scanned. But, as you can imagine, this was a fairly boring task; as such, many of the participants admitted that their minds wandered.

The researchers then asked all of the participants to complete a handful of questionnaires measuring intelligence, creative ability and the general extent to which they experienced mind wandering.Interestingly, those individuals who said they experienced more frequent daydreaming scored higher on the tests of intellectual and creative ability; these people also had more efficient brain systems as measured by the fMRI machine.

We’re usually told that mind wandering is bad. However, one of the authors, Eric Schumacher, commented: “People with efficient brains may have too much brain capacity to stop their minds from wandering.”

Such individuals may be able to zone out during conversations and tune in again without missing important points. Professor Schumacher also suggests that this is something that may happen to “school children who are too intellectually advanced for their classes. While it may take five minutes for their friends to learn something new, they figure it out in a minute, then check out and start daydreaming.”

So don’t feel too bad if you find yourself daydreaming. You may just be a bit too intelligent and creative for some of the more mundane tasks in your life.