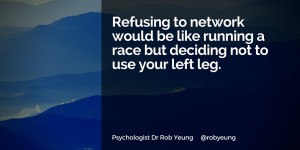 3 Responses to “Networking tips for introverts”