Are you looking for a psychologist to speak knowledgeably based on the latest psychological research?

A familiar face on television, Dr Rob is in demand as an expert psychologist on programmes ranging from ITN, CNN and BBC news programmes to lighter entertainment shows including Big Brother. Click here for another example of a recent appearance on CNBC news.

Dr Rob also features heavily on radio – for example, he is a regular guest on Radio 2’s The Jeremy Vine Show. In addition, he has been quoted in publications ranging from Financial Times and Sunday Times to GQ, Men’s Health, Glamour and Red both in the UK and internationally.

As well as being interviewed on television shows, he has presented several TV shows including Who Would Hire You? a BBC TV series charting the trials and tribulations of job hunters, as well as the follow-up BBC series How To Get Your Dream Job.

He was resident psychology expert on BBC’s The Restaurant (working alongside Michelin-starred chef Raymond Blanc). He also acted as an on-screen advisor to celebrity Jade Goody on Jade’s PA for the channel Sky Living and reprised his role on the follow-up series with celebrity Pete Burns on Pete’s PA.

He also works behind the scenes as an expert and consultant to production companies – including having worked with producers on Strictly Come Dancing and having helped Dancing on Ice contestants with their confidence.

He has considerable experience of working on PR and marketing campaigns for major brands: designing surveys, questionnaires and experiments as well as commenting on issues spanning smartphone banking, difficult bosses, body language, happiness, and creativity/innovation. You can watch a video of Dr Rob being interviewed live on Channel 5 as part of one campaign and read an example of a survey that he worked on too. 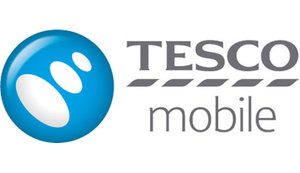