Want to succeed in work and life? Do this one thing soon

What are your goals – not just in your career but more generally in life too? Perhaps you want to earn more money, get that promotion or run your own successful business. Maybe you want to be a good parent, an attentive lover or a caring friend. Whatever your goals, I would suggest that asking for feedback on your performance is one of the best ways to get you closer to your goals. 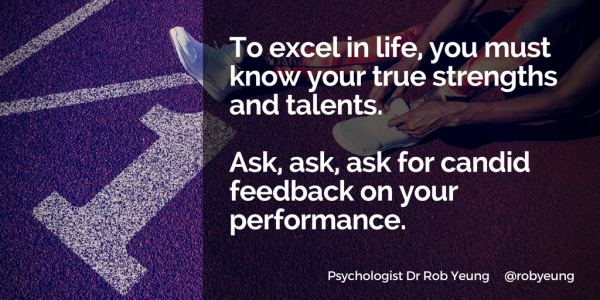 Lots of people overestimate themselves. But lots of people underestimate themselves too. So perhaps you have colleagues who are great managers but who think they’re not. You may know friends who are exceptional writers but who don’t believe that they are. Or maybe you think you’re not very good at languages, cooking, spreadsheets or something else.

In fact, lots of research studies have found that people are generally pretty bad at understanding their true talents. In a particularly notable research paper, Ethan Zell at the University of North Carolina at Greensboro and Zlatan Krizan of Iowa State University looked at several thousand research studies looking at people’s judgements of their own skills in fields as diverse as academic excellence, raw intelligence, language, memory and sporting prowess. On reviewing all of the evidence, the researchers concluded that “people have only moderate insight into their abilities.”

In other words, most people both overestimate some of their skills and underestimate others. That applies to men and women, of all ages from school students to the elderly. That applied to senior managers as well as junior employees. And that’s probably true for you too.

Another research team led by Stanford University’s Emily Pronin found that 87 per cent of people believed that they were better than average. That’s nearly nine in ten people! So the chances really are that all of us probably get it wrong about at least some of our skills.

Ask for constructive criticism
The solution is relatively simple though: ask for feedback. Whatever your goals in life, be brave and ask for constructive criticism from the people around you. But to get truly useful comments, you will probably need to explain that you want people to tell you about your faults and encourage them to be completely honest. For example, if you want to be a better friend or colleague, say something like: “I know that a lot of people don’t want to hear negative comments. But I really do want to improve myself. So even if you tell me things that I find surprising and don’t like, I promise to at least listen and go away and think about what you’ve said.”

Of course, asking for feedback requires bravery on your part. But ultimately it’s up to you whether you do this. If you want to succeed, then ask, ask, ask for feedback. But if you would rather protect your feelings, then by all means just ignore all of this advice!

Oh, and if you’d like to find out more about the research studies I mentioned, how to gather effective feedback or how to build your confidence once you’ve found out your true talents, do take a look at my Confidence 2.0 book. 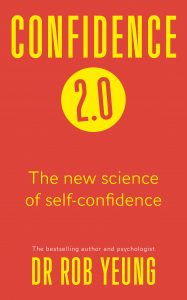 One Response to “Want to succeed in work and life? Do this one thing soon”