A simple trick for boosting your outward confidence 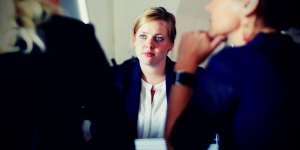 Would you like to make a better impression on people? That could be say when you need to give a presentation – perhaps you’re pitching your product or services to customers. Maybe it’s pitching yourself in a job interview. Or it could be in a social setting: perhaps you want to make a stronger impact on friends or a date even.

Whatever the situation, here’s a quick technique that you can use to improve how people see you. I wrote about this technique (and others) in my book How To Stand Out. I call it the power paragraphs method. It has been tested by researchers and it only takes a few minutes to do.

The original research team invited a group of undergraduate students to take part in a practice interview with two experienced interviewers. Just minutes before the interview was due to begin, the undergraduates were randomly split into three groups and asked to do one of three different things:

That’s a pretty great result, isn’t it? Simply spending a few minutes writing about a time they felt powerful helped those candidates to do significantly better at the interview. Other research tells us that feeling powerful may decrease bodily levels of cortisol, the stress hormone – so maybe that’s why this technique works.

The researchers also spotted that candidates who had written about a time they felt powerless were much more likely to fail – they were successful in the interview only 26.3% of the time. Now, clearly no one would go into an interview situation and spend a few minutes writing about a time that they felt powerless. However, the reality is that many people do feel powerless without realising it. Many job hunters experience multiple rejections; they may end up feeling despondent and powerless without ever really thinking about it.

People in all walks of life may feel disappointed with aspects of themselves – with their social lives, their careers, their financial situations and so on. And that may lead them to feel powerless – even though they may never even think of the word “power.”

So here’s the point:

If you want to make a significantly better impression, consider using the power paragraphs technique. Simply spend a few minutes writing about a situation when you had power over another individual or individuals.

confidence How To Stand Out power