A quick trick for resolving conflict and maintaining healthy relationships 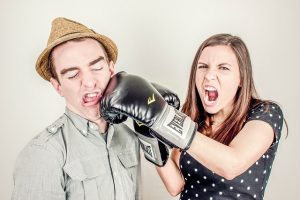 What do you argue about with the people in your life? Maybe you have argued with your romantic partner about the division of household tasks, sex, fidelity and jealousy, or communication. Perhaps you’ve had past disagreements with family members or close friends over their behaviour or your behaviour.

Sometimes, the desire to be proven right and the other person wrong can become so strong that people can lose perspective. Thankfully, there may be a quick method for reducing conflict and allowing you to have more productive conversations rather than verbal brawls about such issues.

The participants were then divided into two groups.

The researchers collected all of the participants’ essays and asked experts to analyse their writings. A statistical analysis showed that one group wrote essays that tended to be associated with more beneficial reasoning strategies.

At a recent training workshop that I ran, I asked around 30 people which they thought would be the better strategy. And about two-thirds to three-quarters of people got it right.

The answer? The future-oriented group tended to write about their conflicts in a healthier manner. They tended to reinterpret the event in a more reasonable and constructive way. They were also more likely to show forgiveness. And, as a result, these participants experienced less psychological distress and in fact felt more positive about the relationship as a whole.

So there you have it.

The next time you are embroiled in an disagreement with someone – whether that’s a loved one or even a colleague – try to take a longer-term perspective. Think about how you will see the situation in a year’s time. Write about your thoughts on the matter for just a few minutes and you may help yourself to act in a less emotional and more reasonable manner.