6 books for success and happiness

As a psychologist, I try as far as possible to recommend evidence-based interventions, i.e. techniques and methods that have been researched and shown to work by credible researchers. I get terribly frustrated by authors and so-called experts who recommend techniques based purely on their own anecdotal experience. What works for one individual may not work for others. It’s only through science that we can tell what works for most people.

So I decided to list 6 of my favourite evidence-based psychology books. 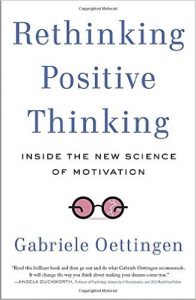 In particular, she and her various research partners have assembled compelling evidence showing that spending too much time focusing on positive fantasies about the future may make it more difficult for people to achieve their goals. She then goes on to explain a technique that has been shown to significantly improve people’s chances of achieving their goals.

Whether you want to improve things in your personal or professional life, I highly recommend this book for its proven science.

2. Flourish by Martin Seligman
For most of the 20th century, psychologists had been aiming at the elimination of negative states such as anxiety and depression. But in the 1990s, Martin Seligman made the suggestion that a good life should be about more than simply the absence of fear and other negative emotions; a good life should be filled with positive emotions and behaviours such as joy, creativity, love, peace and so on. In essence, he instigated a “positive psychology” movement.

In this 2011 book, he discusses the evolving research on happiness. It’s a dense book and sometimes a little technical. But Seligman is a giant in the field of psychology. So if you want to know more about the idea of psychological well-being and how to achieve it, this is a great book.

3. Social by Matthew Lieberman
Humans are not designed to be alone. I think most people would agree that we need family, friends and communities around us in order to thrive.

Matthew Lieberman takes this basic premise and delves further. He looks at the neuroscience of social behaviour and explains how the brain interprets and deals with social situations. He talks us through evidence demonstrating that social activity is actually vital for our health – as major a component of good physical health as eating healthily! There are plenty of surprising facts in this book, making this a great book if you’re interested in the social side of social psychology. 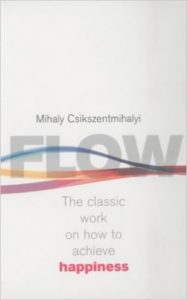 One of the most startling findings in psychology is that the average person in western countries such as the UK and USA watches around 3 hours of television a day. But researchers find that people who watch television rarely report feeling truly happy.

Mihaly Csikszentmihalyi not only has one of the most difficult to spell and pronounce names in psychology. He is also the originator of a concept he calls “flow” – the idea being that we feel most engaged and alive when we participate in activities that challenge us to the right degree. Activities such as watching TV simply don’t challenge us enough – so as a result it doesn’t help us to really recuperate. It just numbs us.

But this book is so much more than simply a warning not to watch too much television. Read this book and you’ll probably find yourself changing how you spend your time. And as a result, you may feel that your life is more worthwhile too.

A lot of my work involves helping people to get noticed. I help entrepreneurs, managers, sales people and job hunters to get noticed by investors, colleagues, customers and employers. But rather than base my recommendations on what I personally believe works, I wanted to look at the existing research on what helps people to succeed.

So feel free to take a look at this book if you might be interested in the psychology of influence, body language, communication and how to make an impact in both professional and personal situations.

6. Mindset by Carol Dweck
This book is ultimately a book about motivation – how we can help not only ourselves but also those around us (and in particular our children) to stay motivated.

I actually summarised some of Dweck’s research in the opening chapter of my How To Win book. But if you’re interested in reading in more detail about the vast body of science underlying the fixed versus growth ways of thinking, you should definitely take a look at this updated version of Dweck’s book.